Two Israeli demonstrators on a balcony dressed in the images of Ben-Gurion, the first prime minister of Israel, and Theodor Herzl, The "visionary" of the state, during the massive demonstration for the rising cost of living in the country. Tel-Aviv, Aug. 6, 2011. 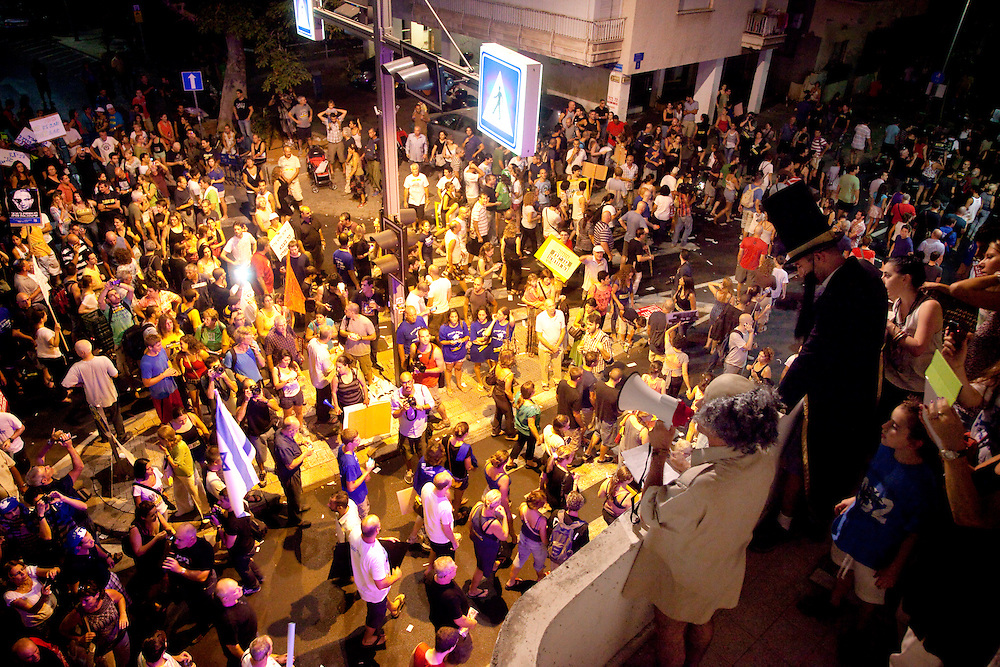