Israeli protestors holding signboards with images of Israeli ministers, emphasizing the government's apathy to the worsening social conditions of the people, during the massive demonstration over the rising cost of living in the country. Tel-Aviv, 6 Aug 2011. 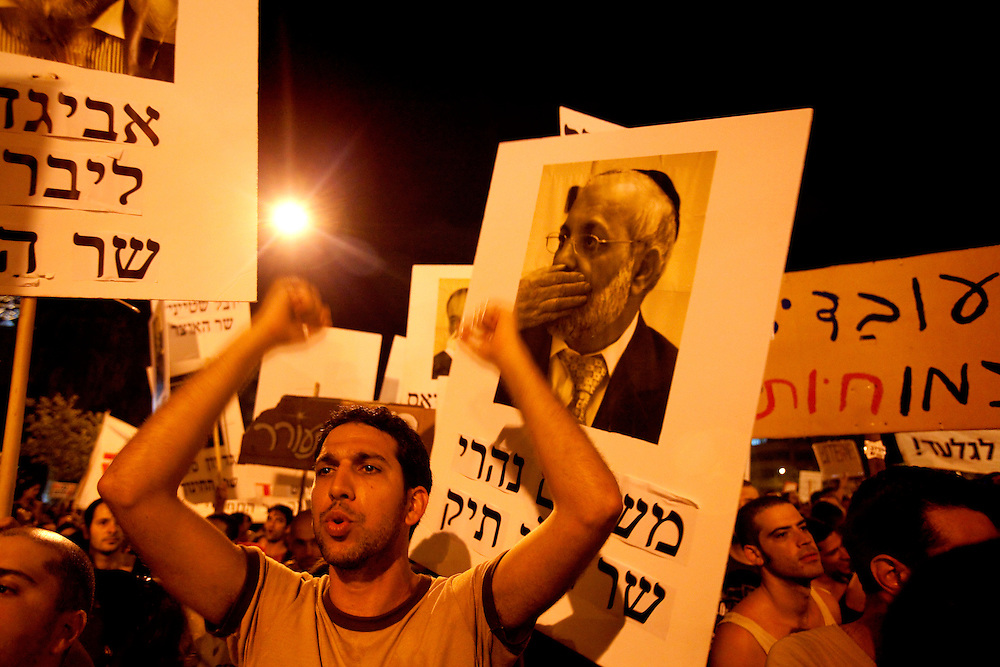