The first two tents of the protest that started over the increasing housing prices in Israel. The tents are all numbered, just like street buildings. Tel-Aviv, July 31, 2011. 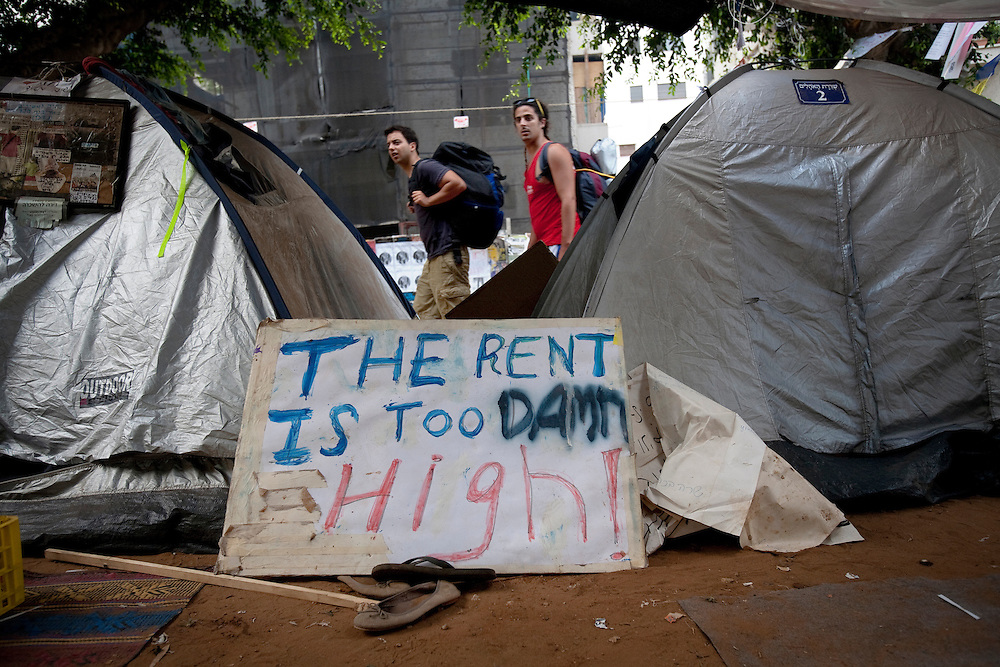