The "tearing flag". The Israeli flag covering a seven stories' building, was cut by one of the demonstrators to emphasize the disappointment of the people from the country they built. Tel-Aviv, July 30, 2011. 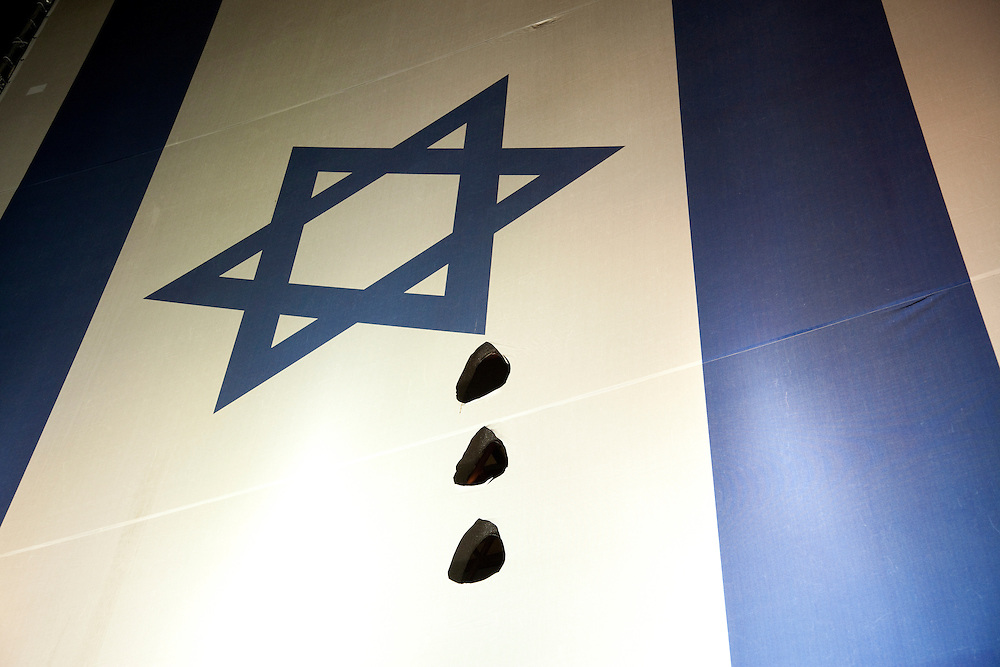