"you choked us! The people demand social justice, now!" A signpost of the protest against the rising cost of living in Israel. The structure represents the house of the Israeli parliament (The Knesset). Tel-Aviv, July 31, 2011. 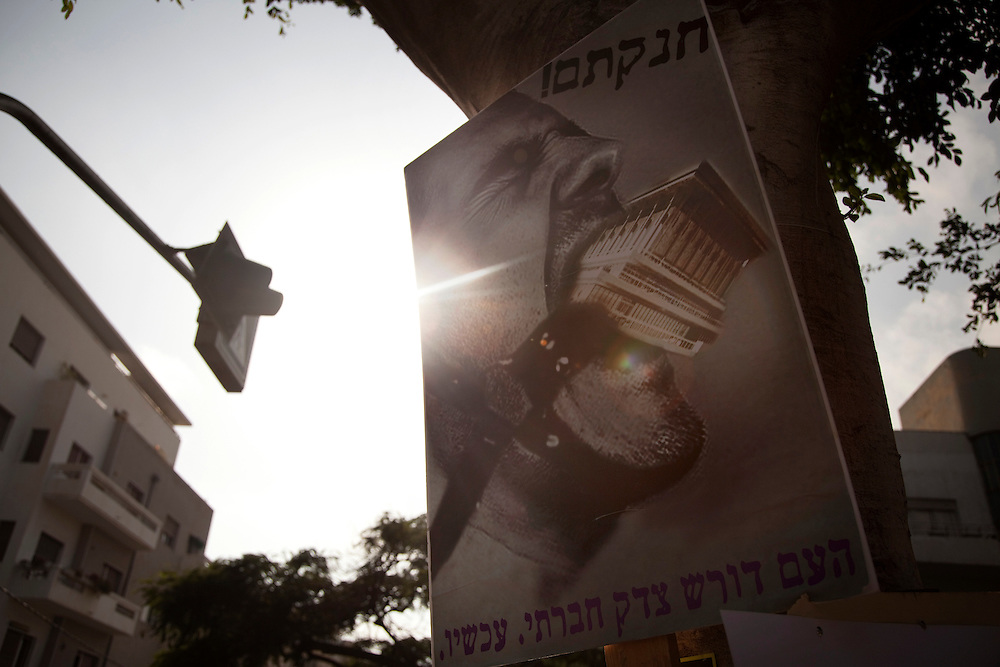