An Israeli protestor holding a signboard asking "why?" as her way to emphasize the peoples' nai'veté facing an exploited government, during the massive demonstration against the rising cost of living in Israel. Tel-Aviv, Aug. 6, 2011.


At least a courter of million Israelis marched in a protest against the rising cost of living in Israel, in central Tel Aviv, Saturday, Aug. 6, 2011. The Israeli citizens are furious over the worsening social conditions in the country due to the increasing pricing of housing, taxes and basic products and also protesting over the lack of social welfare. Israelis poured en masse into the streets of major cities on Saturday night in a massive demonstration. Thousands of mostly middle class Israelis marched through the streets of the city waving flags, beating drums and shouting: "The people demand social justice". 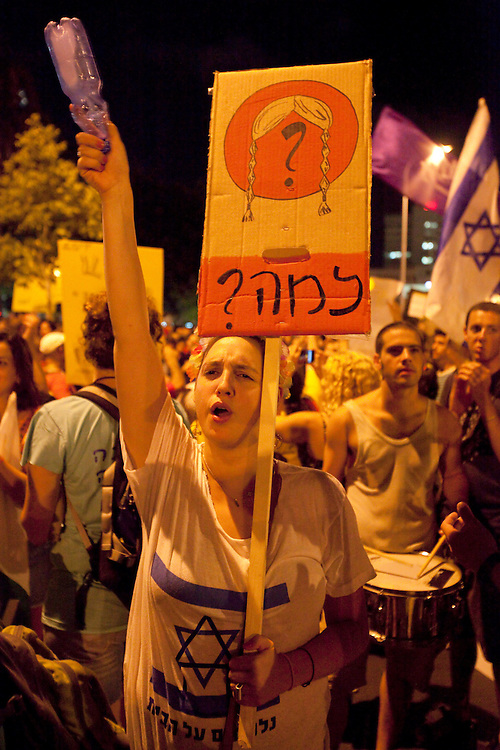