An Israeli woman protesting, holding a signpost addressing the prime minister: "Netanyahu, you are privatized!" as the people acuse him of privatizing national properties for the benefit of the upper-class. 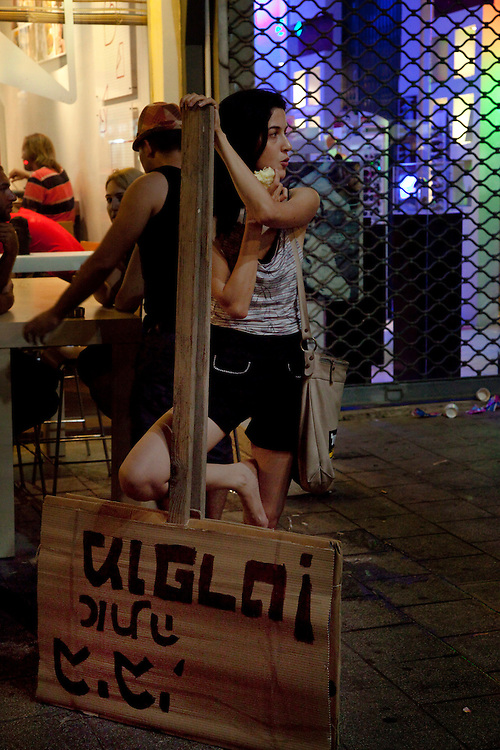