A protestor sleeping with his tent open, trying to manage the hit wave striking Israel since the begining of the protest. Tel-Aviv, July 31, 2011. 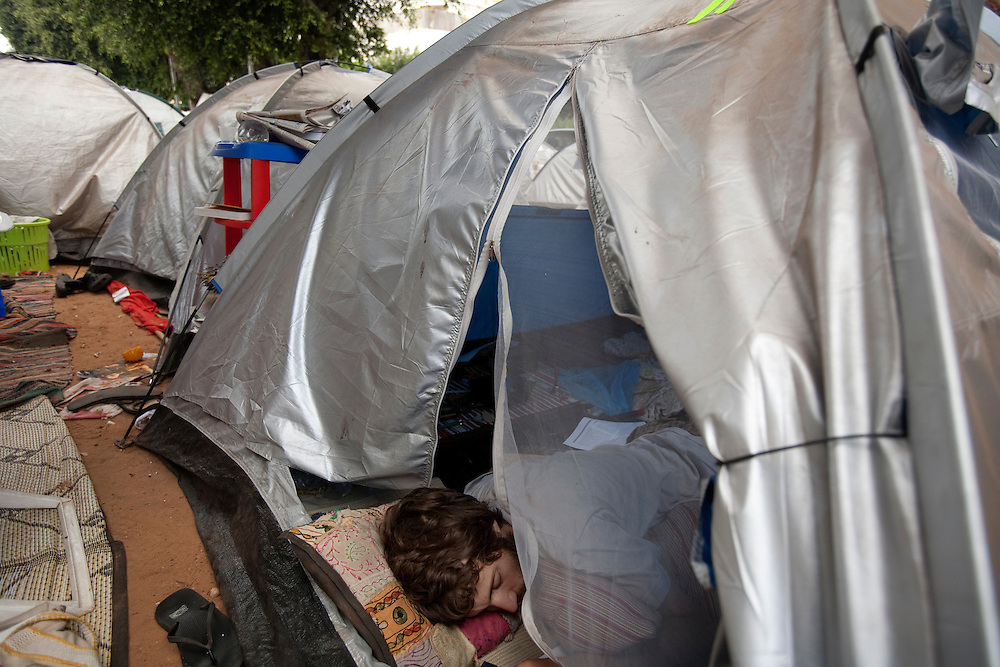