Coreale Jones, 19, from Brooklyn, NY, is a student in broadcasting school Jones said she fears the approach of insurance costs and an uncertain future. At the time this photograph was taken, Jones had been staying in Zuccotti Park for two nights and three days. She said that her impetus for coming to Occupy Wall Street was her "future in the United States." Several of Jones's relatives work in law enforcement, including her parents - who are both police officers. Jones said that although many of them face retribution for speaking out, they support her decision to become involved in the protest.

Brandon Watts Blood, 19, moved to America from Romania with his family at the age of two and was homeless by age eight. He described himself as an "anarchist-slash-vampire." Blood was sleeping in Union Square Park before moving to Zuccotti Park, where he has been sleeping for fourteen days. Blood has had numerous run-ins with the police during the protests, including both arrests and physical altercations. 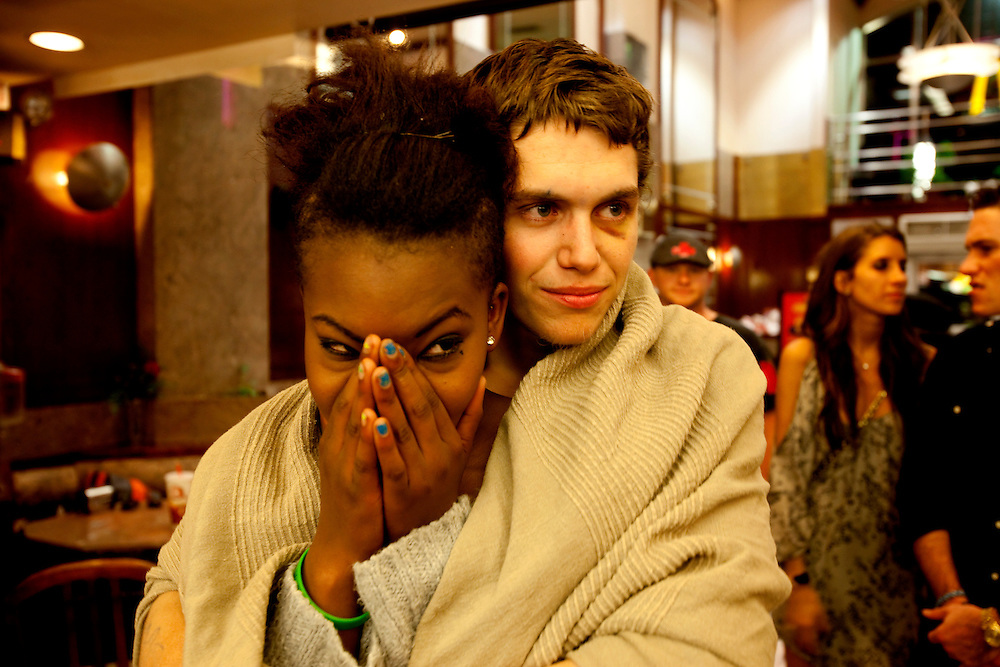