Marie lost her mother in the earthquake, and it was some time until she managed to find her father. 48 hours after the disaster struck, she found her family house ruined and her mother buried underneath.

"I was sitting on the ruin for hours and wept," Marie recalls. "I got back to the camp by night time. It was already dark. A group of young men followed me and covered my head with a sack. They raped me. One after another. I remember 15 of them. Some of them I recognize even today. I hear their voices as I walk through the camp. I didn't go to the police because they were not doing anything anyway, but I reached the hospital. They gave me a prescription (for a day after pill) that I would have to buy, but I had no money at that time. Perhaps it would have prevented this problem from being conceived, saving me from this pregnancy. It was so difficult going through it, in every aspect. Knowing how he was conceived, the humidity, the mice all over... I tried to keep myself clean so with no other choice I would bathe outside, even though everyone was looking and it was scary."

She gave birth in a tent inside the camp in a hard labor that lasted over 24 hours. "I lost a lot of blood and I couldn't move. I thought I was going to die. Luckily I found my Kapap who really cares for my baby. He used to be motorcycle mechanic before the earthquake but he lost all his tools and now he cannot work and has no job. We go to church every Sunday and pray to God. Only he can help us here." 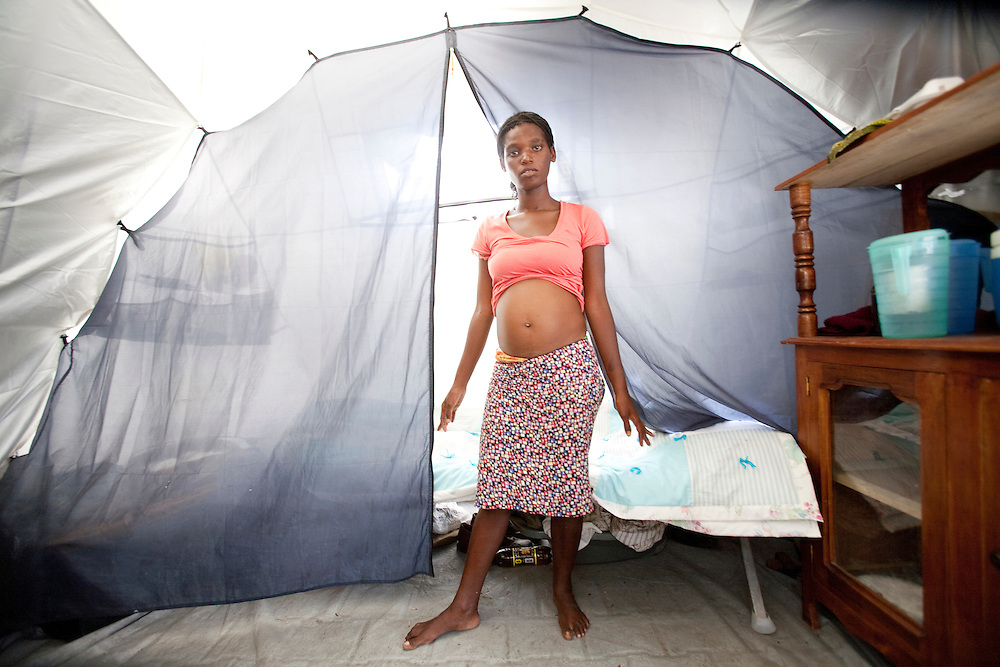