Alexandra Pierie who is about to give birth to her son Nadav Di Grazia paul in the hospital next to the makeshift refugee camp, La Piste, in Port-au-Prince, Haiti on July 15, 2010. La Piste (French for "runway")is a settlement sprawled across the site of a disused airport and now home to an estimated 20,000 earthquake survivors living in makeshift structures.
Six month after a catastrophic earthquake measuring 7.3 on the Richter scale hit Haiti on January 13, 2010, killing an estimated 230,000 people, injuring an estimated 300,000 and making homeless an estimated 1,000,000. 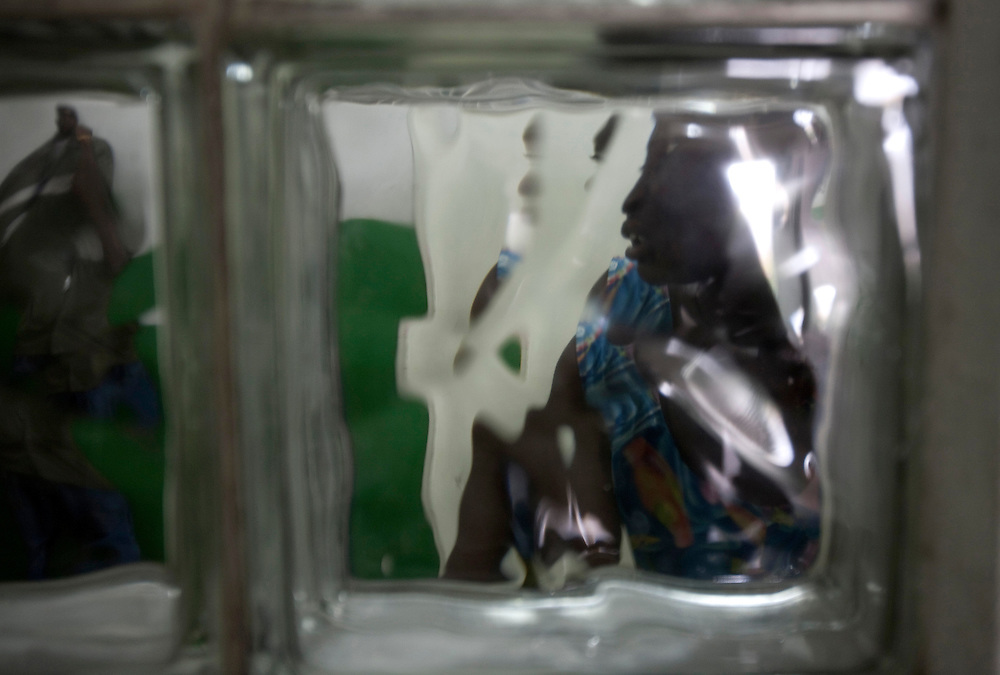