An Israeli woman improvising activities for the protestors' children which are now living in a "tent city" as a protest over the rising cost of living in Israel. Tel-Aviv, July 31, 2011. 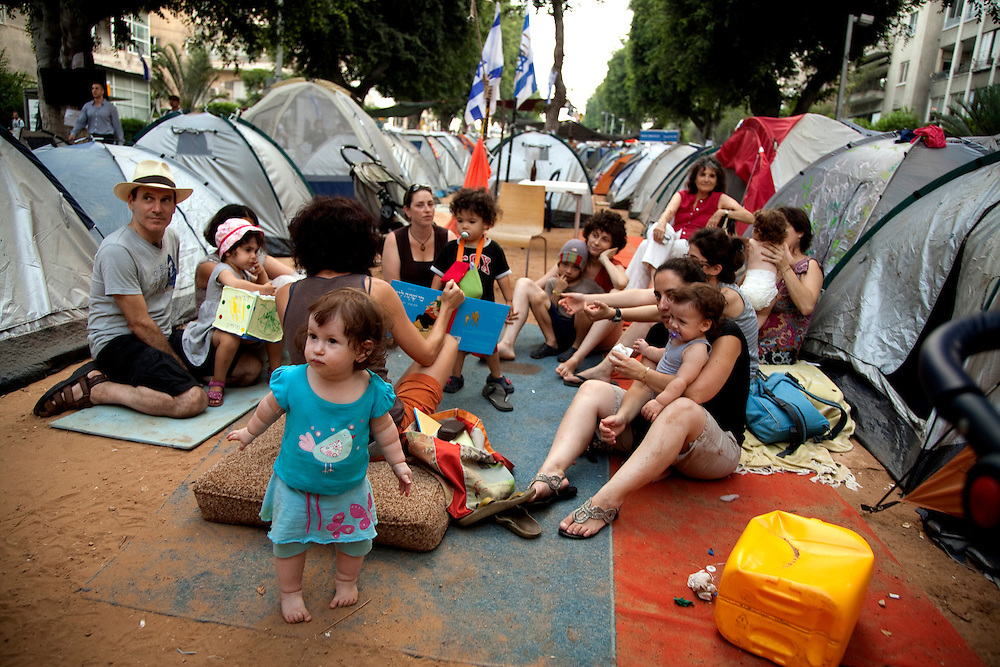