Gilad Peled is an Israeli citizen that participated in the demonstration for socioeconomic change and against the rising cost of living in his country, which took place in Tel-Aviv on Saturday, July 30, 2011. 150,000 pepole were marching on the streets of the city demanding social justice. Gilad is working in two jobs and his wife just lost hers. They have a little girl and they cannot pay all their bills and taxes at the end of the month as its taking almost 60% of their income. Gilad says that he is fed up that the electors forgot who send them to the parliament and its about time that they will start to work for the people and not the other way around. Tel-Aviv, July 30, 2011. 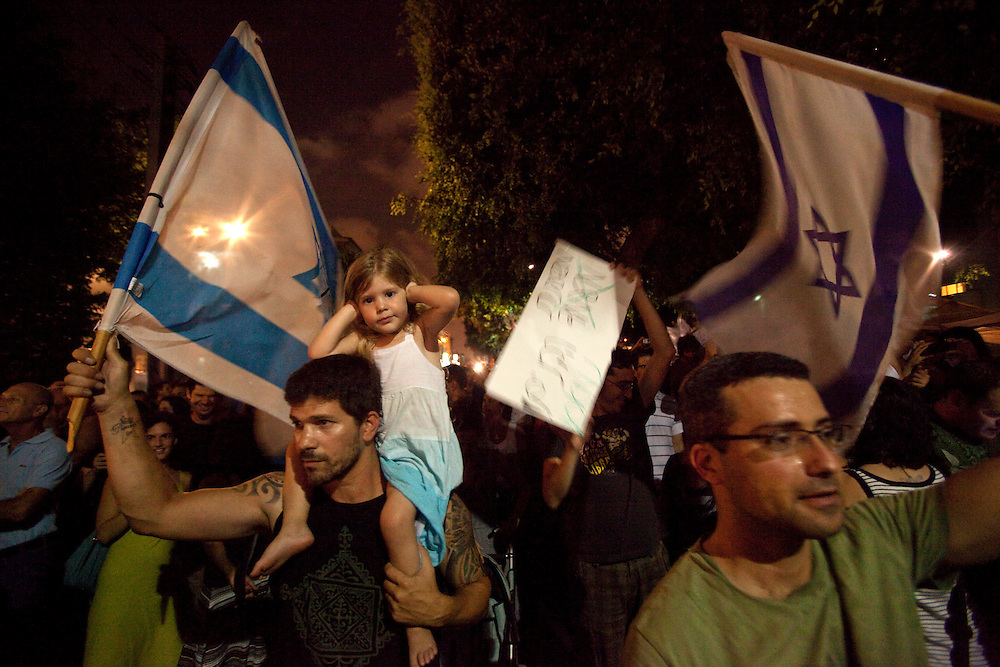