A protestor is holding a signpost adressing the prime minister of Israel "Netanyahu, the housing prices in this country are the most expensive in the world relatively to our salary. you need to keep your promise. and don't forget Gilad Schalit. Rightists and Leftists all as one!". Tel-Aviv, July 31, 2011. 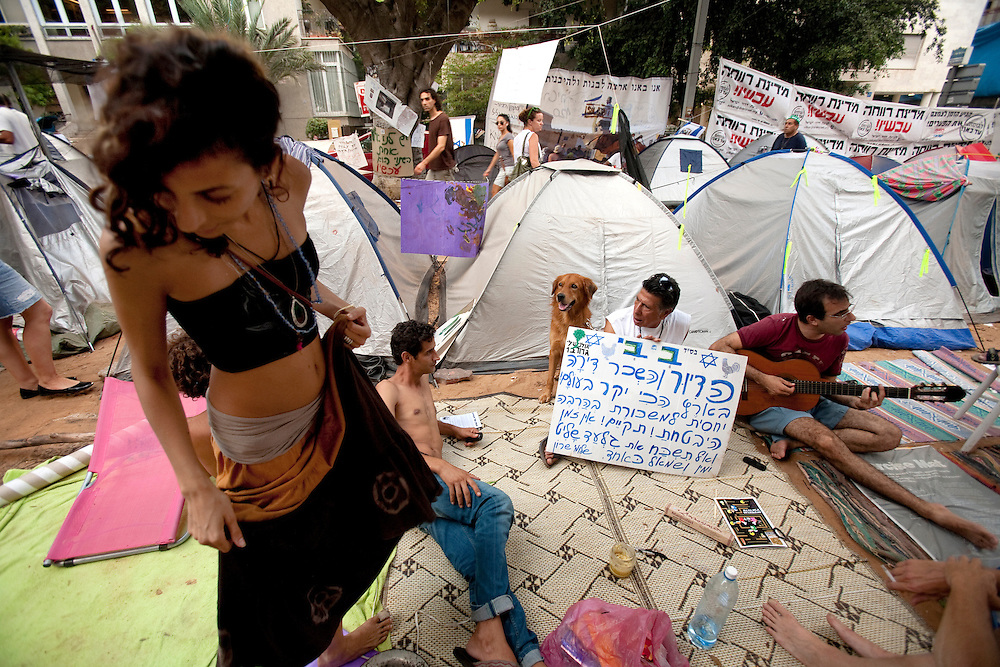